Hello, this is kahoold (picure on right) this is a gigantic land created by Katahn Johnson, and this is the first of (hopefully) many adventures throughout that land

Some Of the many characters we have met and where they are: Dur's, He is a Half Dwarf princed, he was kidnapped by the drow, his father would (probably) be very greatful if we managed to save him and get him home. Captain Kelly,. He was once an amazing captain, but that was changed when he was disgraced because he didn't want to attack a town of children, but his own town got attacked by the enemy, the only survivor was stewart, who he took in under his wing. Stewart, He is the Steward of Captain Kelly's ship, he enjoys Aldric's puns and he is also the one of the best sailors in all of kahoold. Captain Kelly and Stewart were last at Ishtars Tavern. The Farmer guy, His wife was kidnapped, Aldric and Daris said that they would try to get her back.

The story kicks off with 2 characters,Daris and Aldric, Aldric is an elf wizard that also has some skill in using swords, he came here to get away from the law after being framed. Daris is a druid elf that has a task to bring a trent staff to a druid. We start off on the Trident Voyager™ sailing it's way to kahoold, where Daris and Aldric have never been to. We meet Captain kelly, who is shown to us as a respectable Sea Captain, and Stewart, who is the steward of the ship. Stewart tells us that weapons and magic are not allowed on the ship. We are shown to our rooms, and we meditate for 4 hours, preparing spells and such. We wake up the next day. Aldric exits his room, and runs into an old lady. She is especially rude to him, aldric decides to take out his waterskin and pour it on the lady's head, she is very upset. She goes for an attack on aldric with her purse (Crit Fails) and she hits herself in the face. Daris comes out of her room and Aldric explains to her that this old lady tripped and hurt herself, daris knows he is lying, so Aldric tells her the truth, and she laughs. They go into the food room, where there is food. Daris was previously asked to keep her dog in her room, so he is not with her. Daris and Aldric grab food, Daris grabs unimportant food but Aldric grabs food and a sweet roll. Thet sit down across from eachother. A half dwarf walks into the food room, and takes a rediculous amount of food. He walks up to aldric and steals his sweet roll, Aldric, being the better man, lets him have it. Daris and Aldric find out from stewart that the half dwarf is durs, a prince. ____(more to write here). We go to the top of the deck. Captain Kelly walks up, drunk as can be. Aldric notices the shabby made ladder, but tells Kelly that it is an amazing ladder. Kelly remarks that he made it himself. We go back downstairs and just hang out in our rooms. We notice that the room across from Aldric has someone staying in it because someone keeps opening and closing the door. Daris noticed a black cloaked figure enter the room. Aldric creates a waffle grappling hook of fun. The next morning while no one is awake except Daris and Aldric, Daris asked stewart if she can bring her dog up on deck, stewart eventually reluctantly agrees. We go upstairs and the guards are mean, and we go back downstairs. We get food and stuff. We notice a corner is looking wierd. we go to our rooms. after awhile dinner is ready, so we head out to eat. We notice a small pool of water is gathering in the corner. We notify stewart and he freaks out. He tells Kelly, and Kelly doesn't care much, says we'll be fine. everyone goes above deck, we are told everything will be ok. We ask stewart about the person in the room across from Aldric. Stewart tells us that there isn't anyone staying there. he tells us he will go check it out to see if there is anyone there. He leaves, a bit of time passes. Stewart doesn't return. Aldric walks around saying "water we gonna do". Aldric goes down into the ship to save stewart. it is mostly filled with water down there. Aldric doesn't see stewart anywhere, and he can't check the food room because it is blocked by the ceiling that crashed down. Aldric, thinking up a solution as fast as he can, decides to hook his grappling hook on the rubble,tie the rope to his sword, stab his sword through the ceiling, goes back on top of the deck and pulls the sword through. The guards and Daris helps. Through some stroke of a luck (nat 20) Aldric's plan worked. Aldric swims down and finds Stewart, stewart is underwater and unconscious, Aldric isn't strong enough to save him, but Daris sends Moon Bandit to save him. We being him on the deck and he is passed out, Daris keeps trying to heal him, but it doesn't seem to be working, Aldric is about to strike lightning on him to start his heart. Then he comes back to life, as if god himself allowed him to live. he wakes up and thanks Aldric, at this point we are at kentis docks. Aldric helps him off the boat and he collapses on the ground, completely out. Aldric steals his stuff, and takes some armpit hairs to find him later. we get off the boat and notice the old lady is holding a black boat, and the session ends. 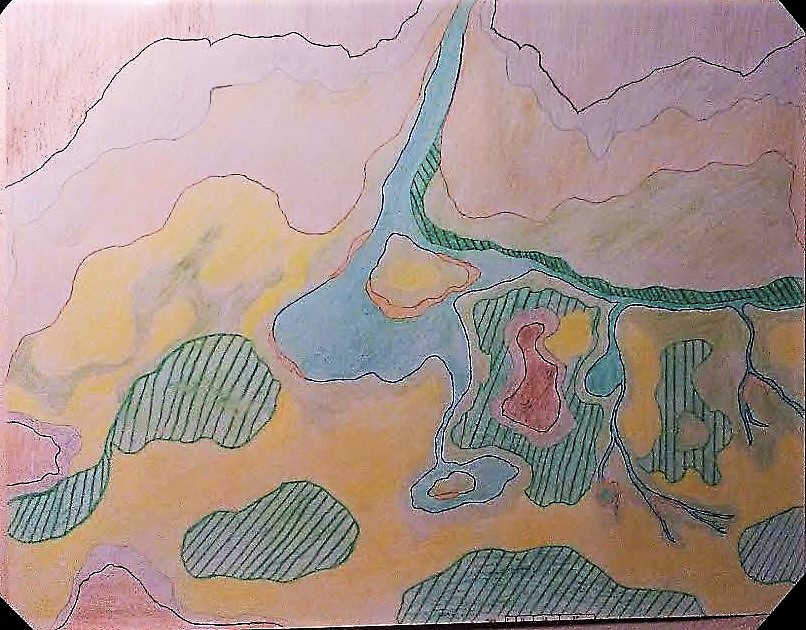